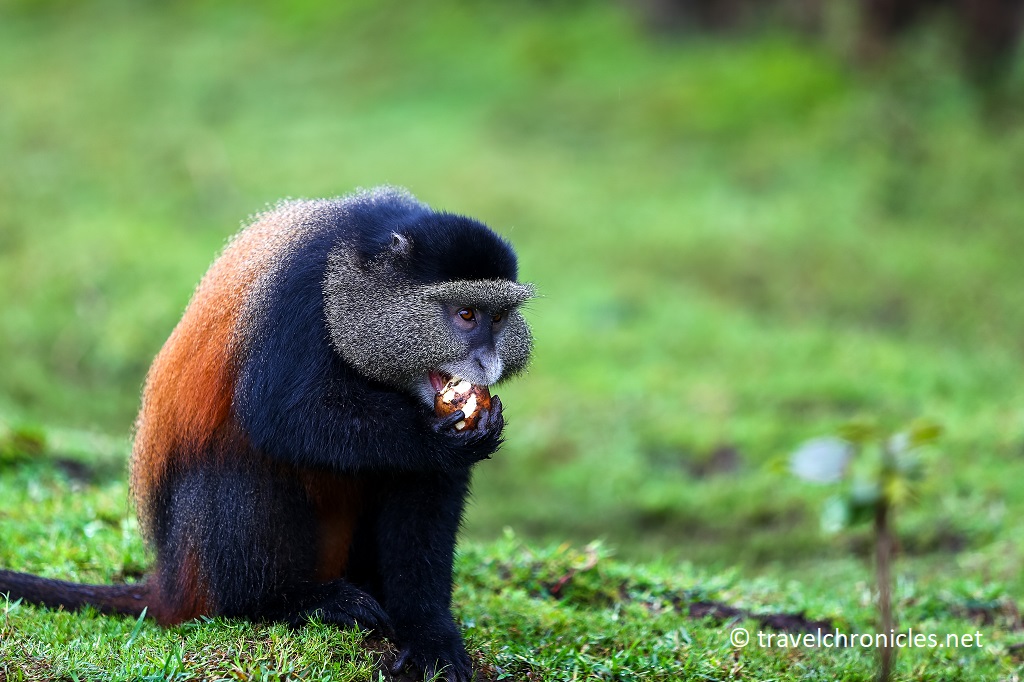 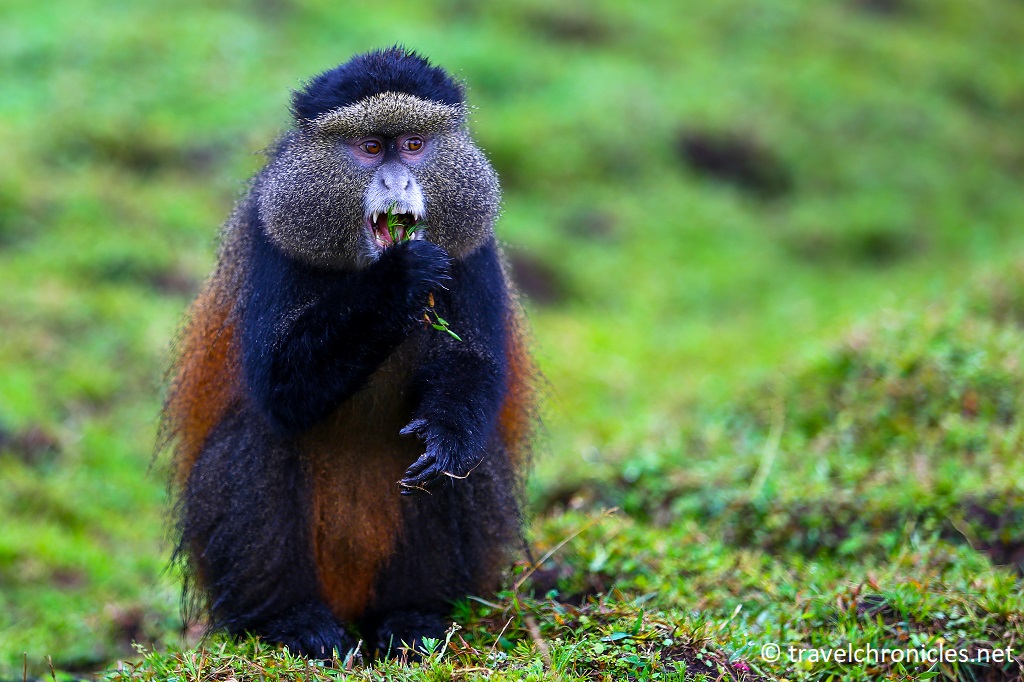 Golden Monkey Tracking is the next great attraction in Rwanda after Gorilla Tracking. We had already done the Gorilla tracking in Bwindi in Uganda. We visited Rwanda to transit in Lake Kivu and climb the Mount Nyiragongo Volcano in DRC. Unfortunately, Virunga National Park was closed to tourists from May 2018. 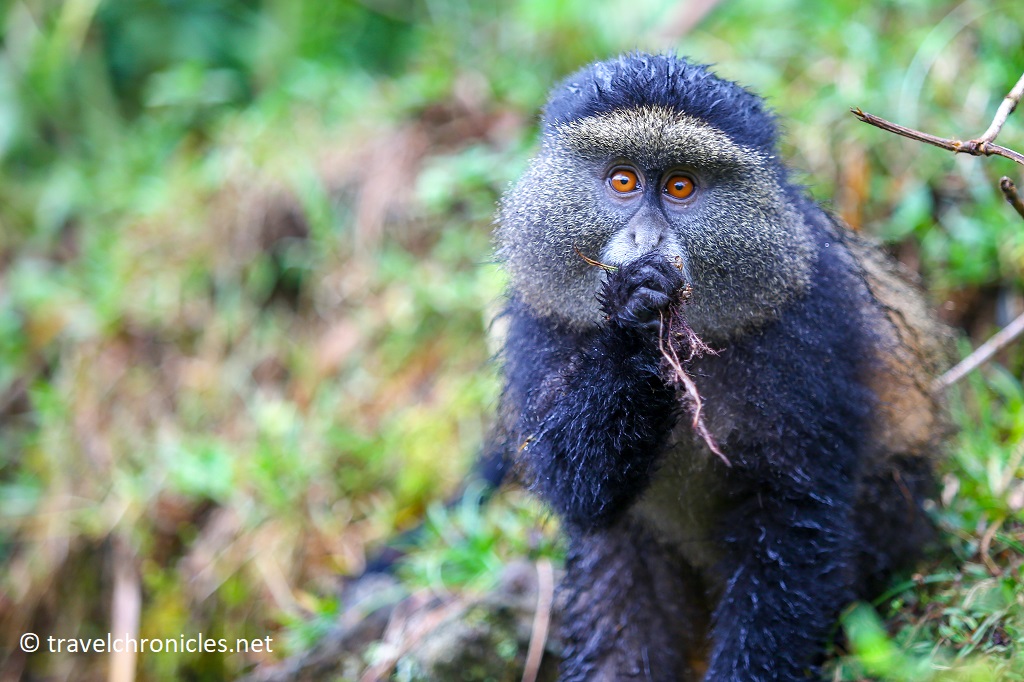 Therefore, we ticked off the two next best things in the Rwanda Itinerary – Golden Monkey Tracking and Birding in the Rugezi Swamp. 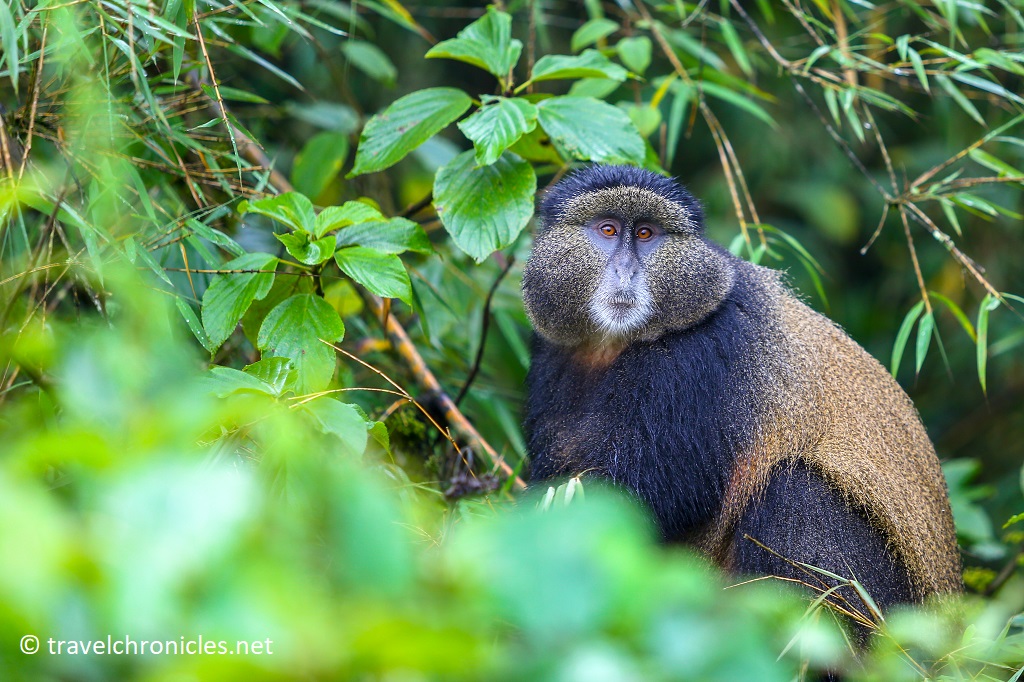 The golden monkey (Cercopithecus kandti) has a conspicuous golden orange fur coat making them exceptionally striking and gorgeous to photograph. 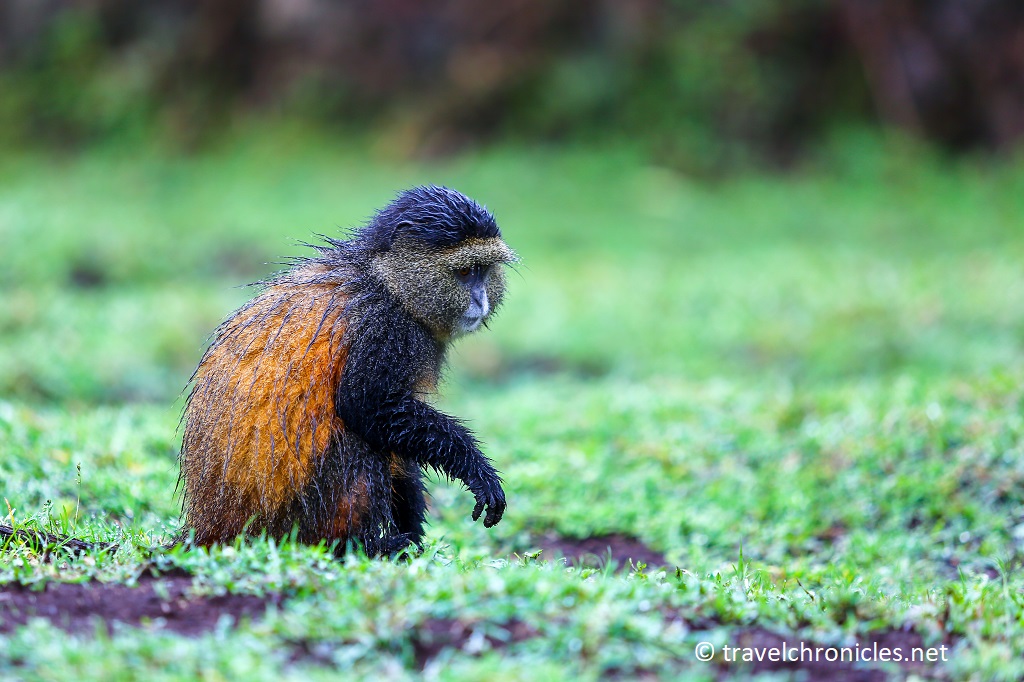 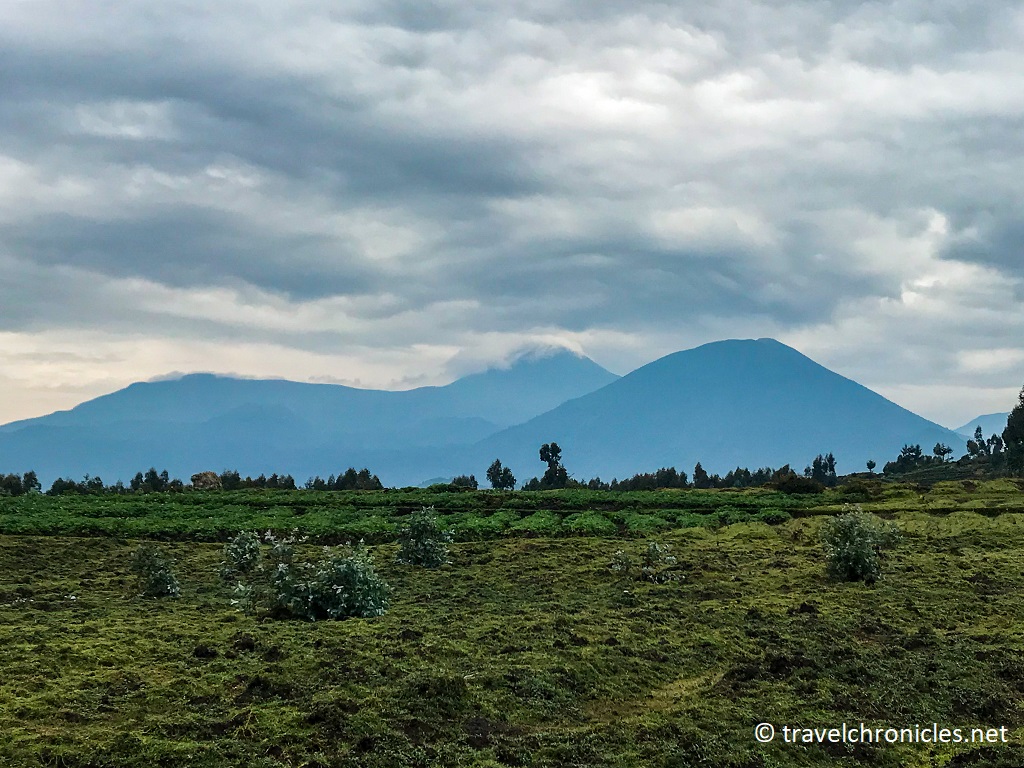 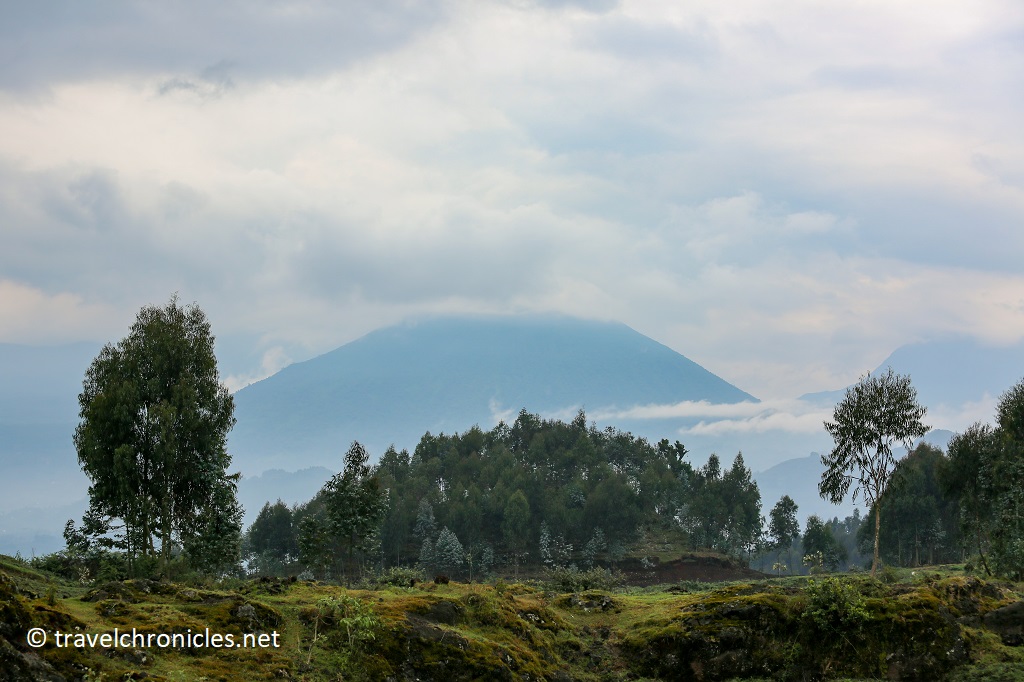 You will never see a golden monkey in the zoo since they cannot survive in captivity.Golden monkeys are very docile peaceful creatures and rarely get aggressive unless protecting their families. They live in large social families of 30 – 50. 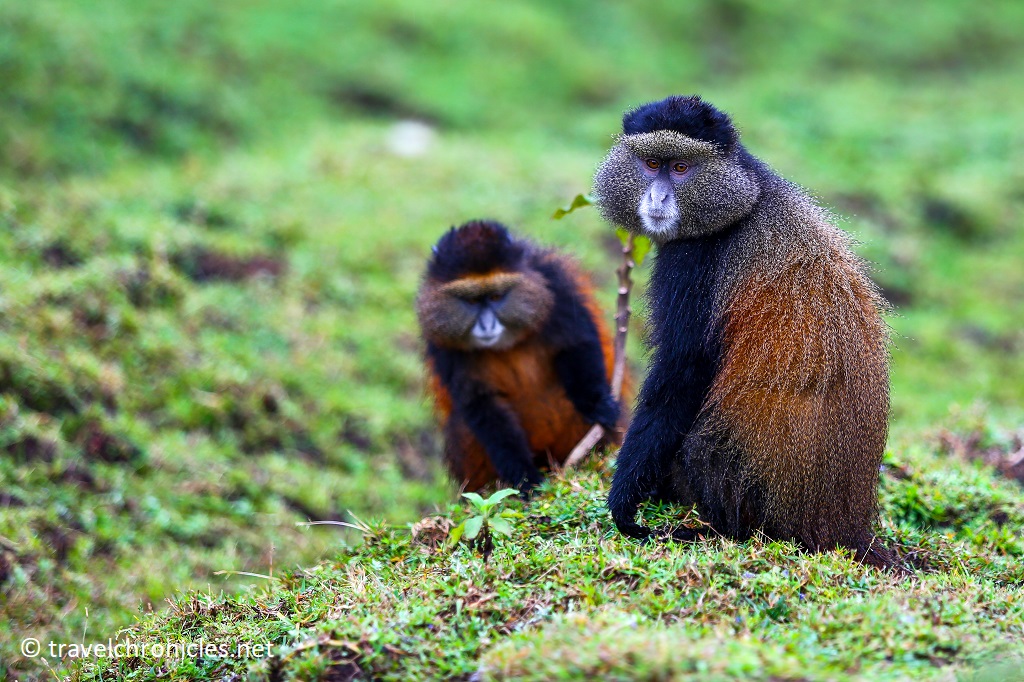 The golden monkeys love bamboo shoots. They also feed on leaves, flowers, fruits, rhizomes, and often raid nearby fields in search of their favorite “potato.” We did see a few young Rwandan boys trying to protect the crops.They are very resourceful and at times devious and thus adapt to the availability of the local fruit. They also frequently feed on larvae and worms or insects. 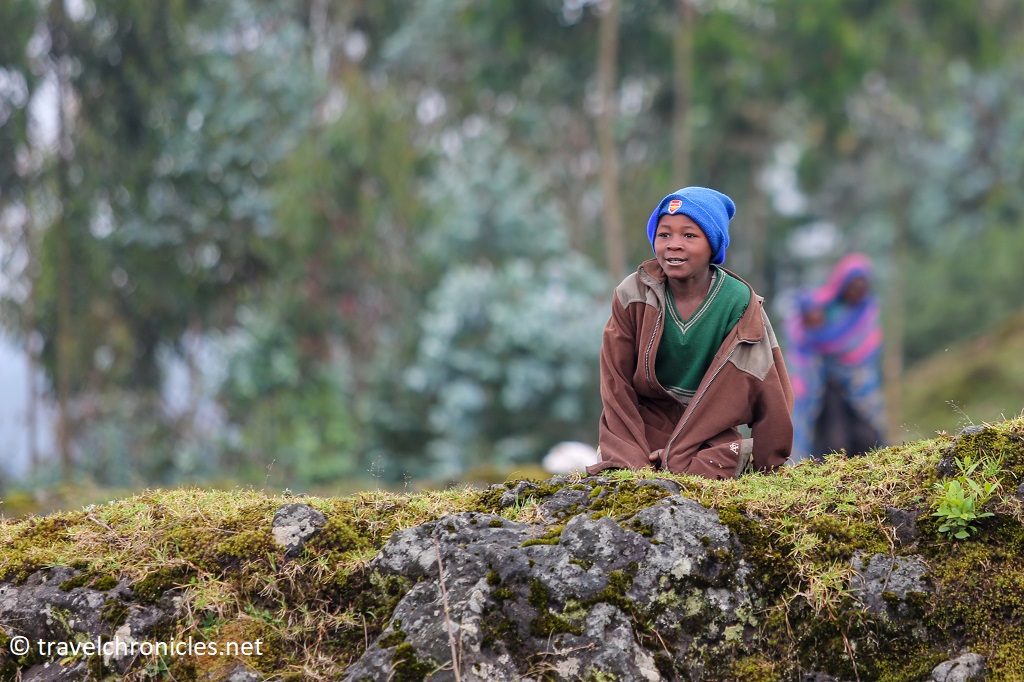 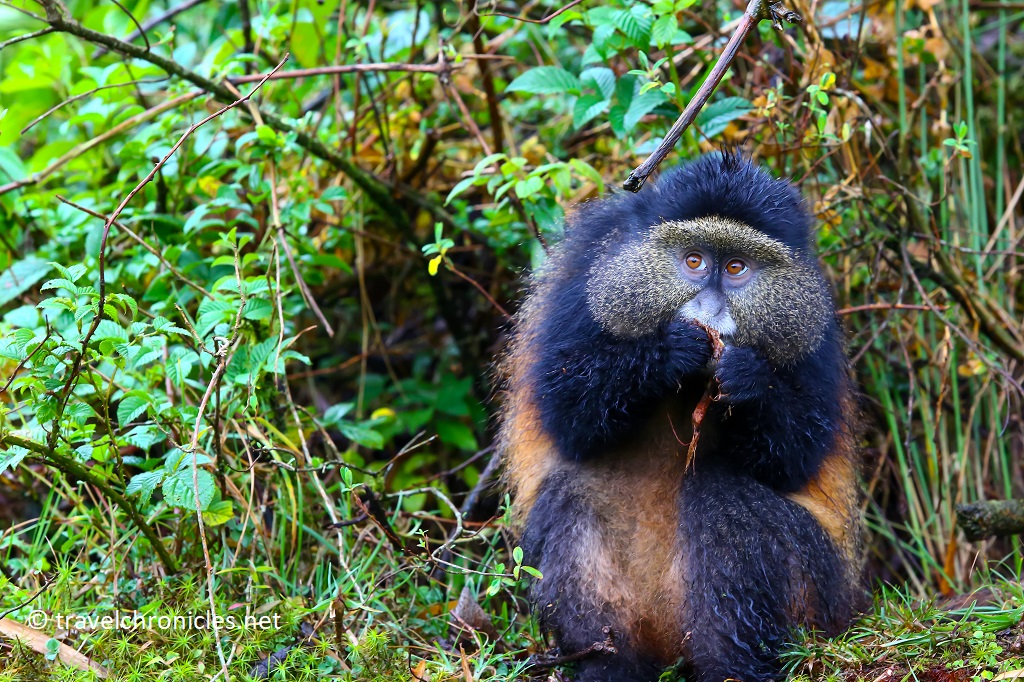 The group we sighted had more than 80 members from adults to young ones. They keep travelling in search of locations abundant with food and sleep nearby. Often on top of the bamboo groves! They also weave together several thinner shoots to a thicket enough to bear their weight. 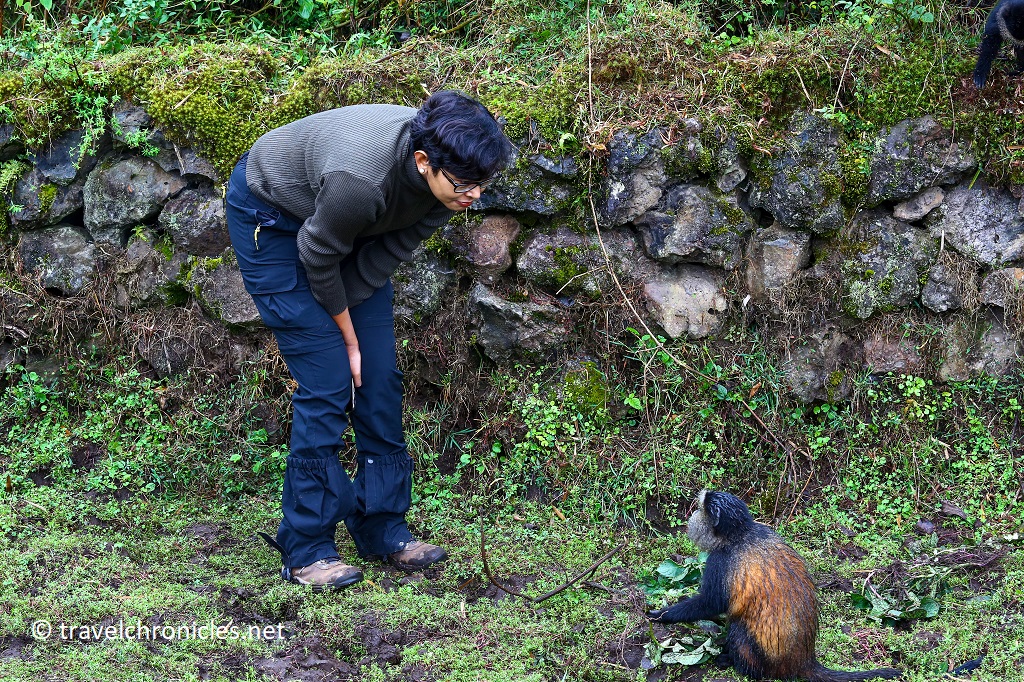 We did the Golden monkey tracking in the astounding Volcanoes National park. This park has two habituated golden monkeys’  for by tourists , about 80-100 members. 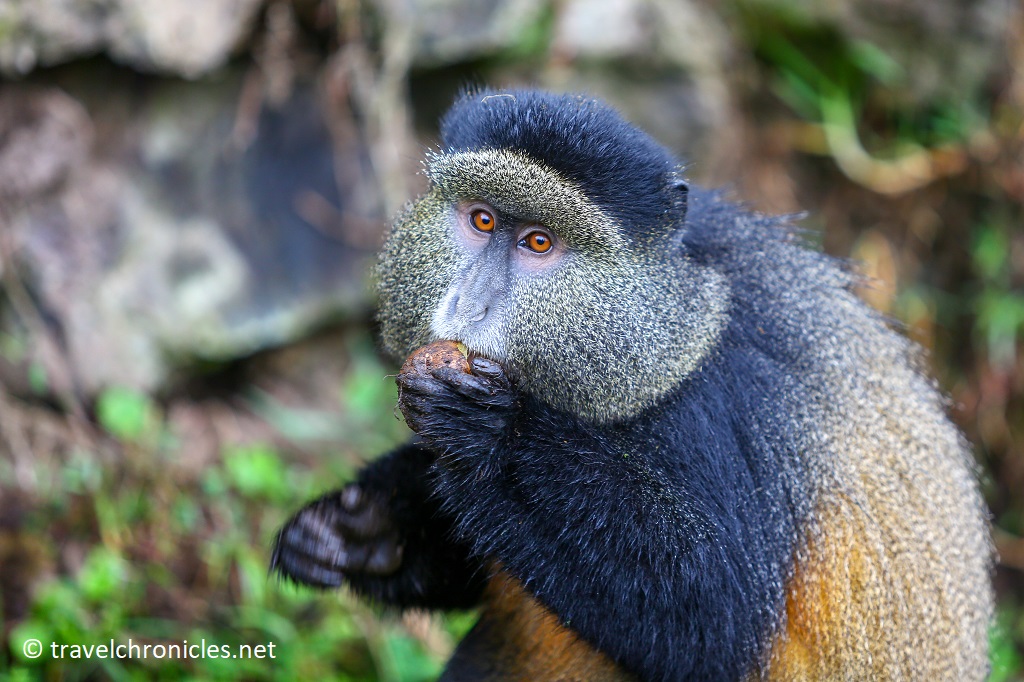 How to get the Permit?

We had not booked the permits in advance. We were staying at the Peakspot Kinigi; the manager informed us that the track head is right beside our lodge. He accompanied us to the Park office and we got our permits from there and then drove back to the track head. The porters were already waiting at the entry point of the track head. 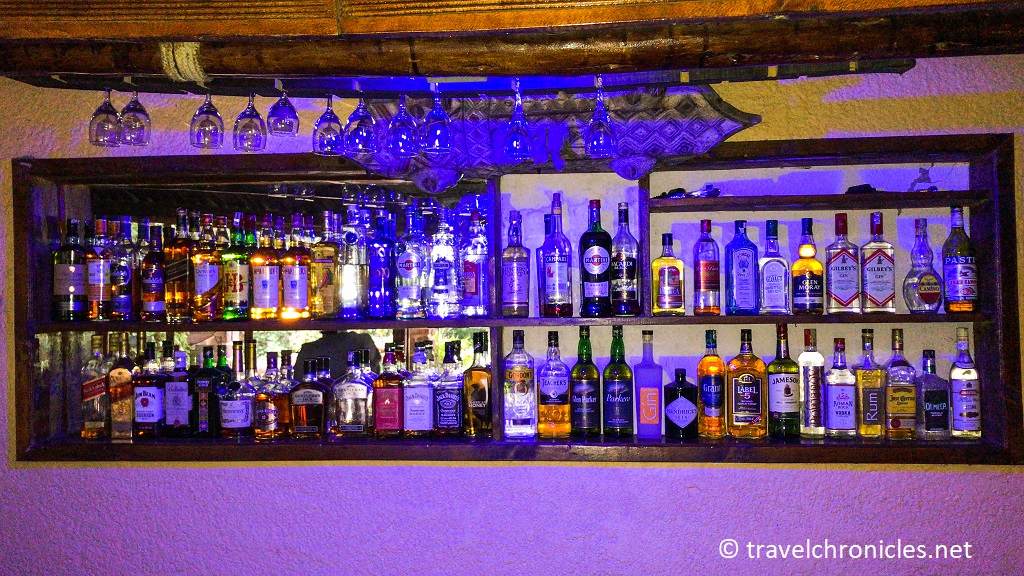 How much is a golden monkey permit?

There is no limit to the number of tourists. A Golden Monkey permit is currently USD$100 per person per trek. You can book the permits in advance from the Rwanda Development Board (RDB) in Rwanda or at the park headquarters on the morning of the trek. The costs of the permit include park entry fees, ranger fees and government taxes. 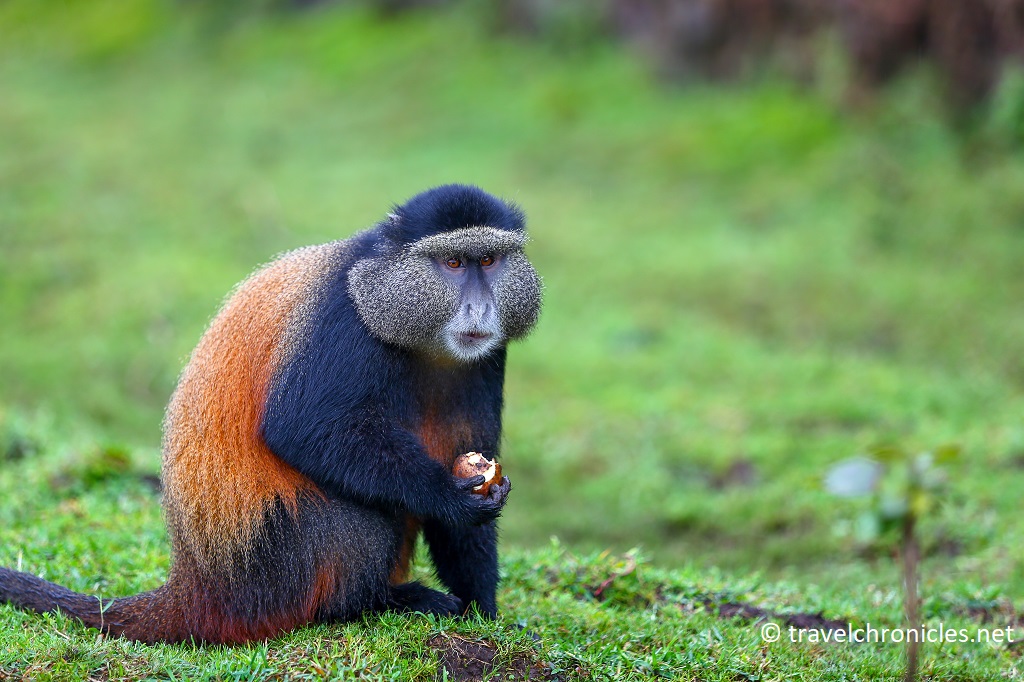 How long is the experience?

There is always one session for golden monkey everyday starting early in the morning along with the other activities in the Volcanoes National Park. 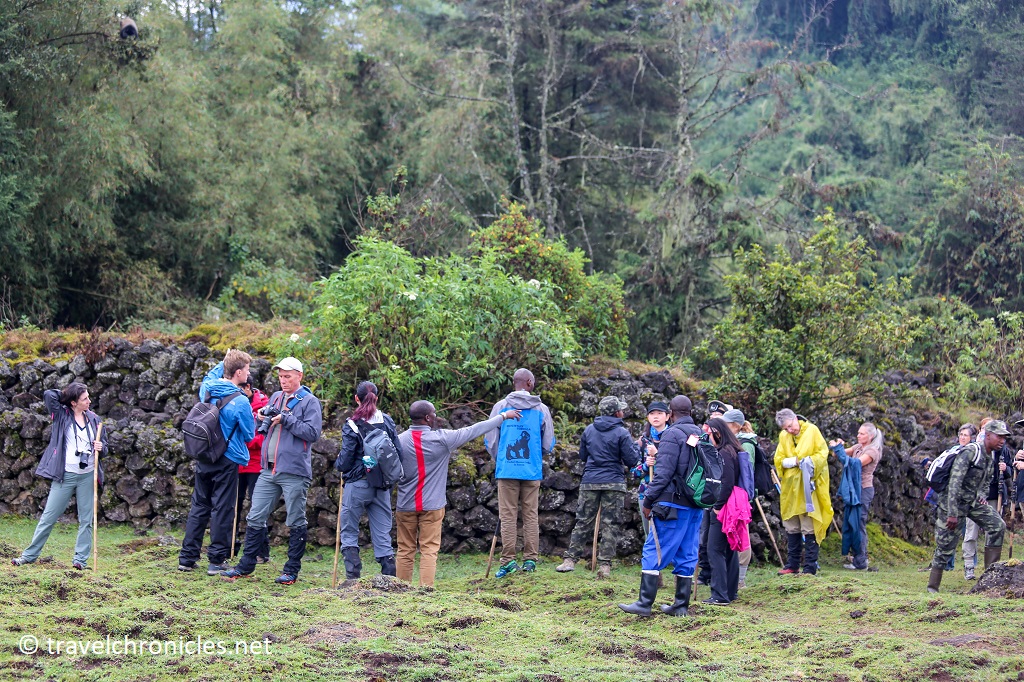 We reported at the headquarters by 7 am where the ranger guides gave us a briefing along with hot coffee and then we drove about 10 minutes to the track head near our hotel. 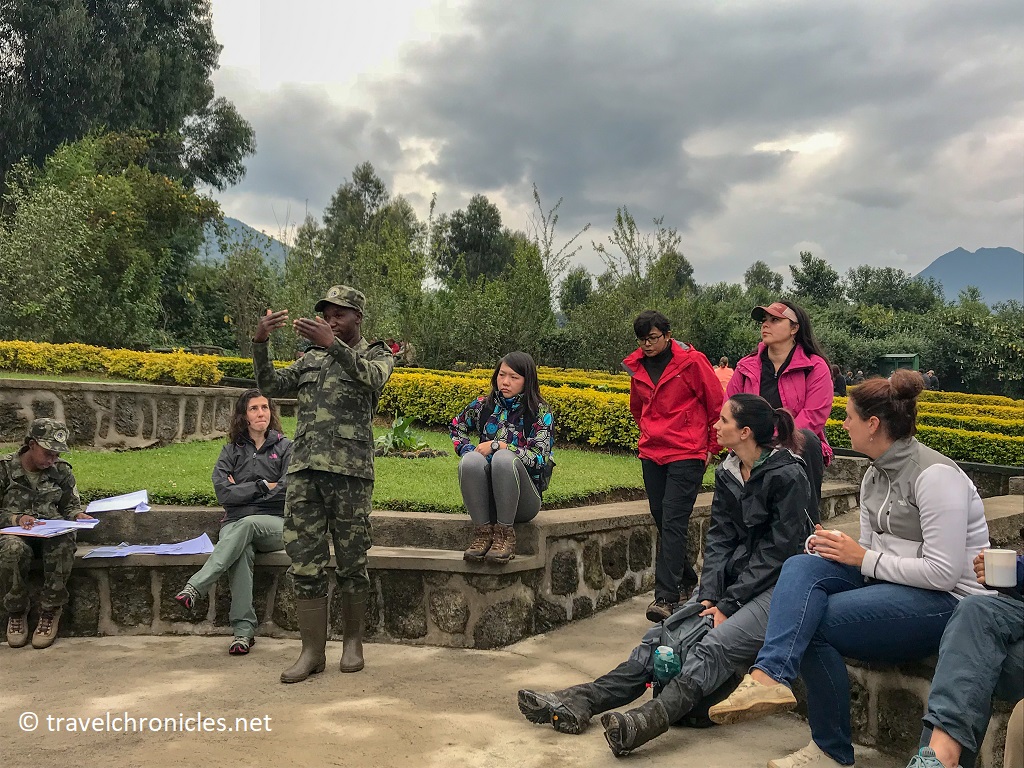 The Golden monkey is an endangered species on the IUCN Red List. They are not difficult to spot once habituated and rarely climb higher elevations, hence easier to track and find than our experience of chimpanzee or gorilla. However, loss of habitat and civil strife has been reducing their numbers rampantly. If you are interested in unique wildlife, we recommend this to be a rare experience not to be missed. 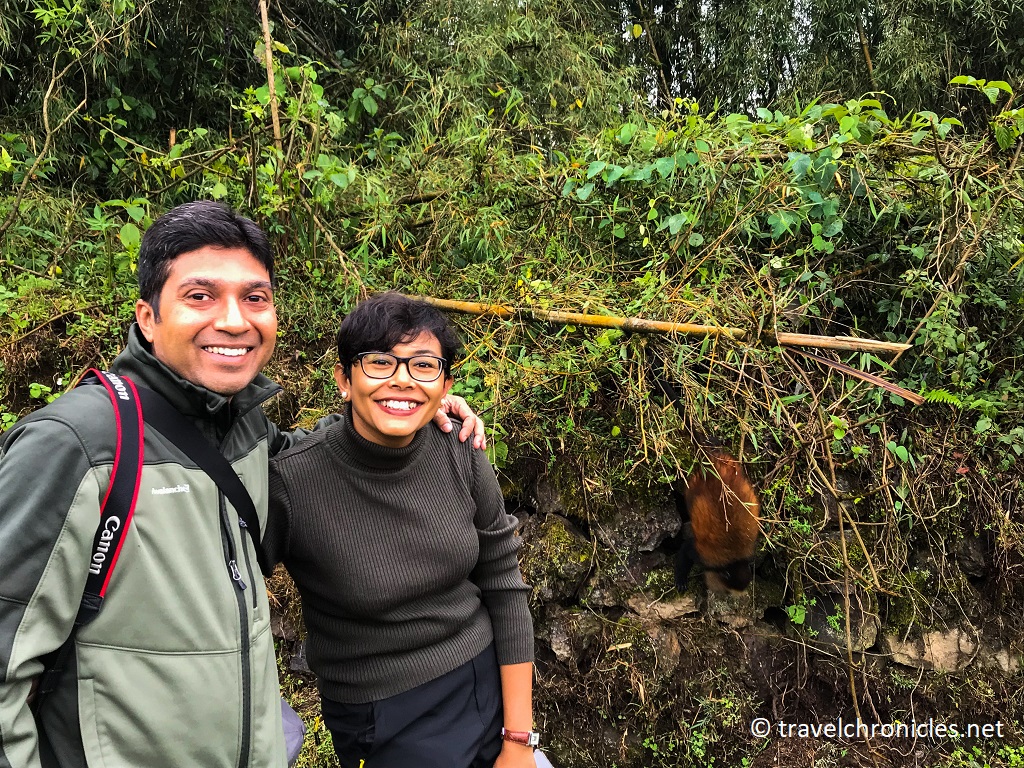 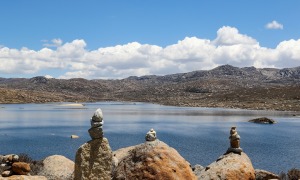 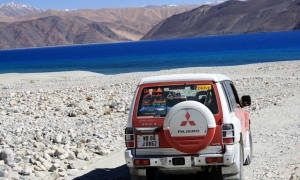 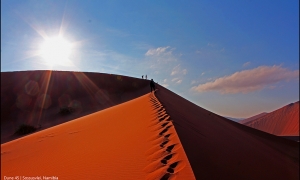 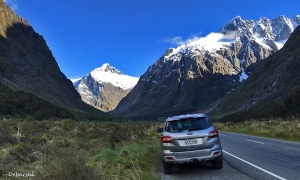